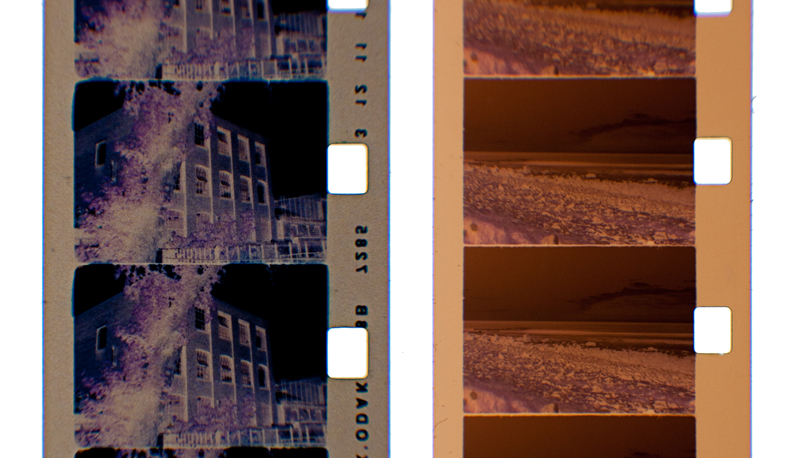 On the left side you see a super8 Ektachrome 100D colour reversal film that was developed in C-41 colour negative chemistry. Using the opposite chemistry than the intended one is called ‘cross-processing’ and can be applied to a variety of emulsions, you always get an (unexpected) different result. This idea of E6-C41 was used a lot during the period that analogue photography was at it’s top in fashion industry. The stronger colours and higher contrasts was something that fit :-).
The right side of the picture shows Vision-3 colour negative super8 film processed in it’s original ECN-2 bath. I show you this because many of today’s users have no idea what colour negative film looks like. If you expose Vision-3 films (or other colour negative stock) you should be aware that these types have an orange mask, and the film should be printed onto positive film or scanned and made digital positive before you can actually view the final results.
I would like to thank the two film makers who gave permission to use the still images.

Stay at home. Send your films via postal services only.

A music video on super8. Melle - Up. Fine results.