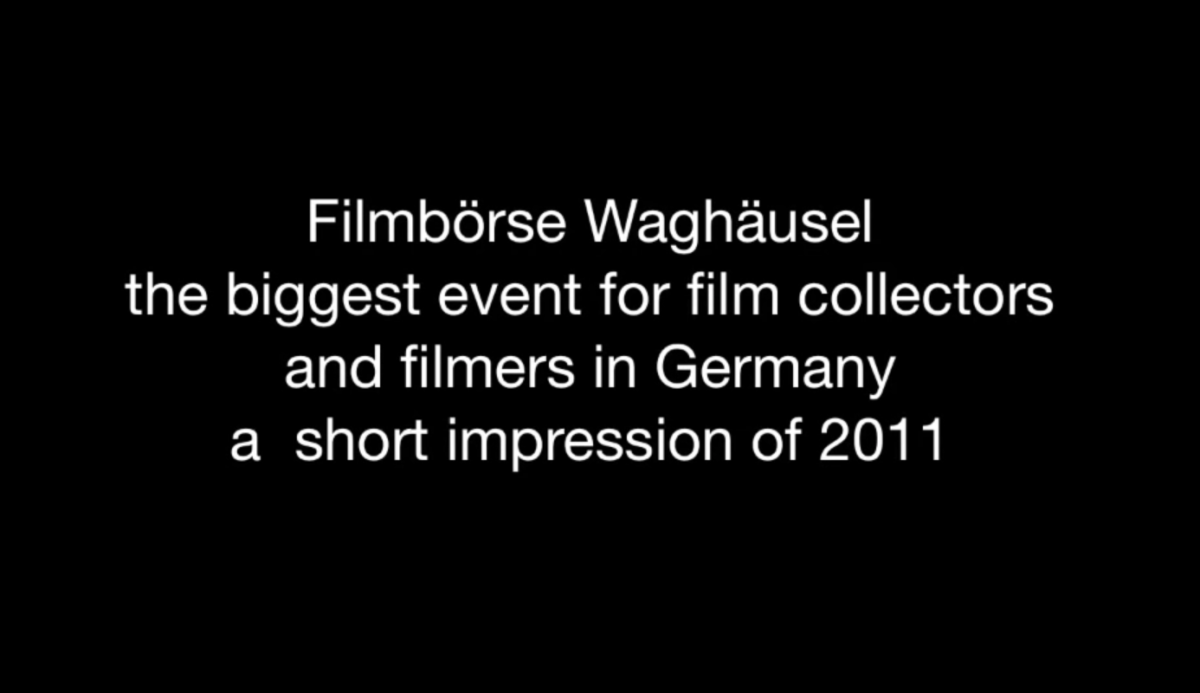 Together with my friend Ton Stuiver -a true celluloid film collector- I made a short impression video of the celluloid film fair held in Waghäusel 2011. This film fair is held every year in April and the upcoming one is due at Saturday April 21st. Please visit the film fair because you have no idea what treasures you can find there, and by doing so you also make it possible for this cine 8-16 magazine being published because it’s supported by the film fair. It’s one large family. Details about place and time are here.
[10 April 2011].