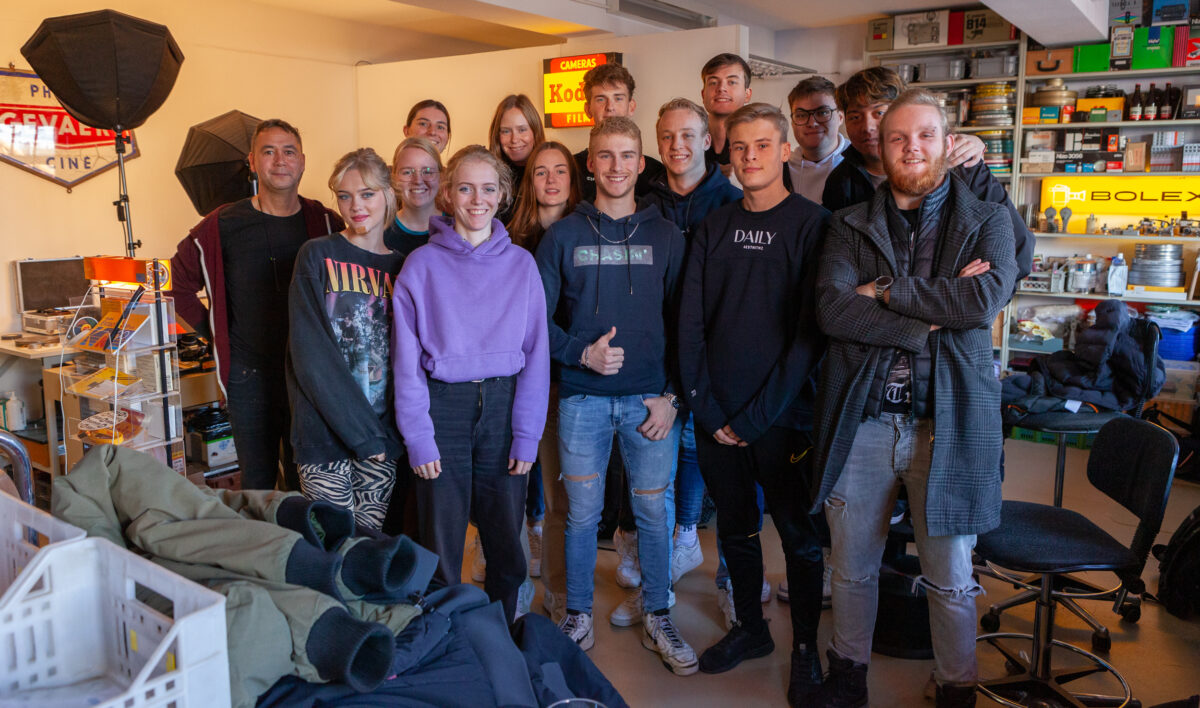 A group of students in their final year of the Cibap Vakschool voor Vormgeving from Zwolle were guests for a day for a super8 film making workshop.

Questions such as “What is film?” and “What is emulsion?” were asked. Various film formats and cameras were shown. They could shoot a short piece on black and white super8 themselves and in the darkroom was explained how film development is done. In conclusion, previous results were shown and a brief explanation on film digitization was given.

Richie Summers - High on the fonk

A lovely music video from Belgium.